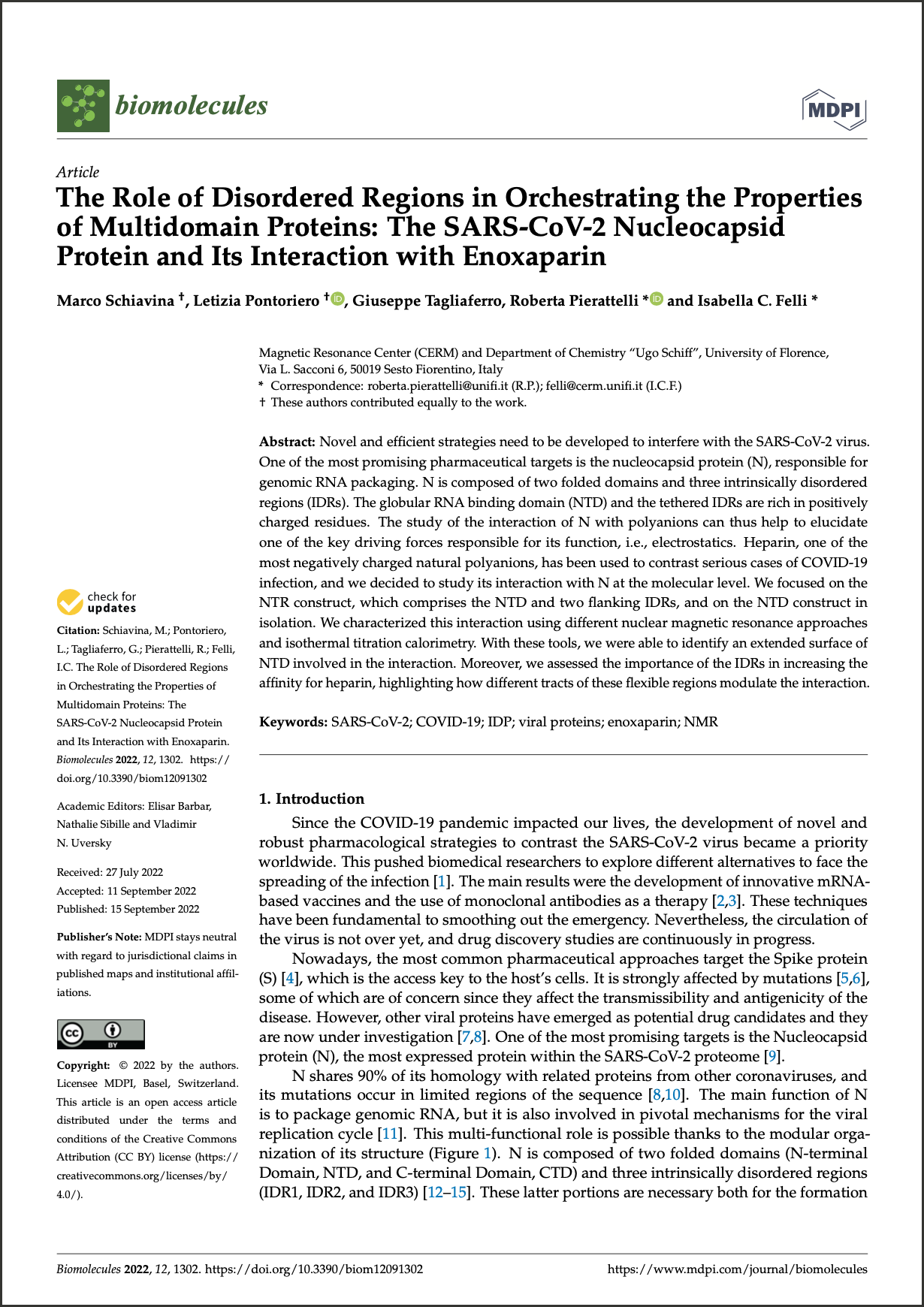 The Role of Disordered Regions in Orchestrating the Properties of Multidomain Proteins: The SARS-CoV-2 Nucleocapsid Protein and Its Interaction with Enoxaparin

Novel and efficient strategies need to be developed to interfere with the SARS-CoV-2 virus. One of the most promising pharmaceutical targets is the nucleocapsid protein (N), responsible for genomic RNA packaging. N is composed of two folded domains and three intrinsically disordered regions (IDRs). The globular RNA binding domain (NTD) and the tethered IDRs are rich in positively charged residues. The study of the interaction of N with polyanions can thus help to elucidate one of the key driving forces responsible for its function, i.e., electrostatics. Heparin, one of the most negatively charged natural polyanions, has been used to contrast serious cases of COVID-19 infection, and we decided to study its interaction with N at the molecular level. We focused on the NTR construct, which comprises the NTD and two flanking IDRs, and on the NTD construct in isolation. We characterized this interaction using different nuclear magnetic resonance approaches and isothermal titration calorimetry. With these tools, we were able to identify an extended surface of NTD involved in the interaction. Moreover, we assessed the importance of the IDRs in increasing the affinity for heparin, highlighting how different tracts of these flexible regions modulate the interaction.