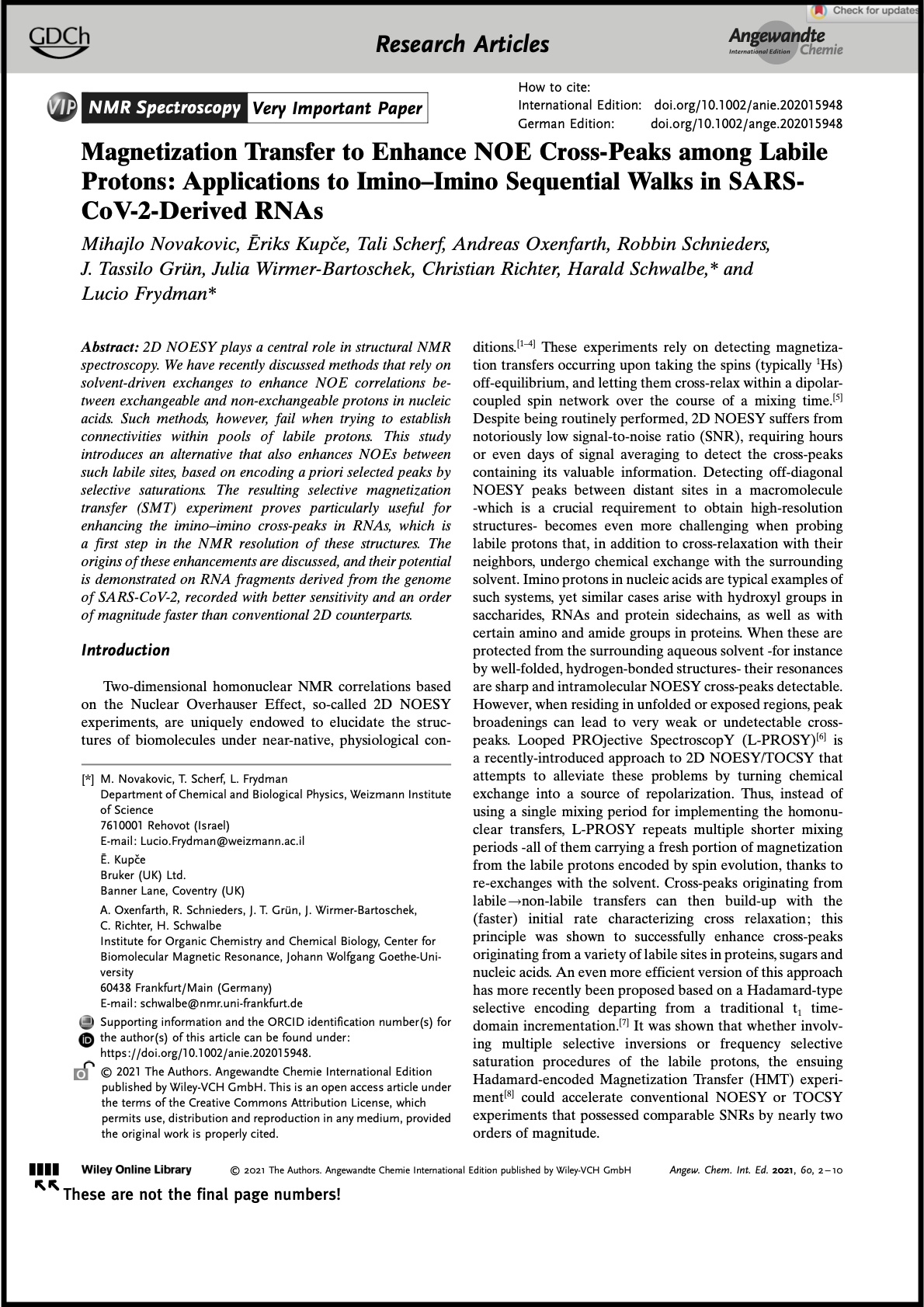 2D NOESY plays a central role in structural NMR. We have recently discussed methods that rely on solvent-driven exchanges, to enhance NOE correlations between exchangeable and non-exchangeable protons in nucleic acids. Such methods, however, fail when trying to establish connectivities within pools of labile protons. This study introduces an alternative that also enhances NOEs between such labile sites, based on encoding a priori selected peaks by selective saturations. The resulting selective magnetization transfer (SMT) experiment proves particularly useful for enhancing the imino-imino cross-peaks in RNAs, which is a first step in the NMR resolution of these structures. The origins of these enhancements are discussed, and their potential demonstrated on RNA fragments derived from the genome of SARS-CoV-2, recorded with better sensitivity and an order of magnitude faster than conventional 2D counterparts.