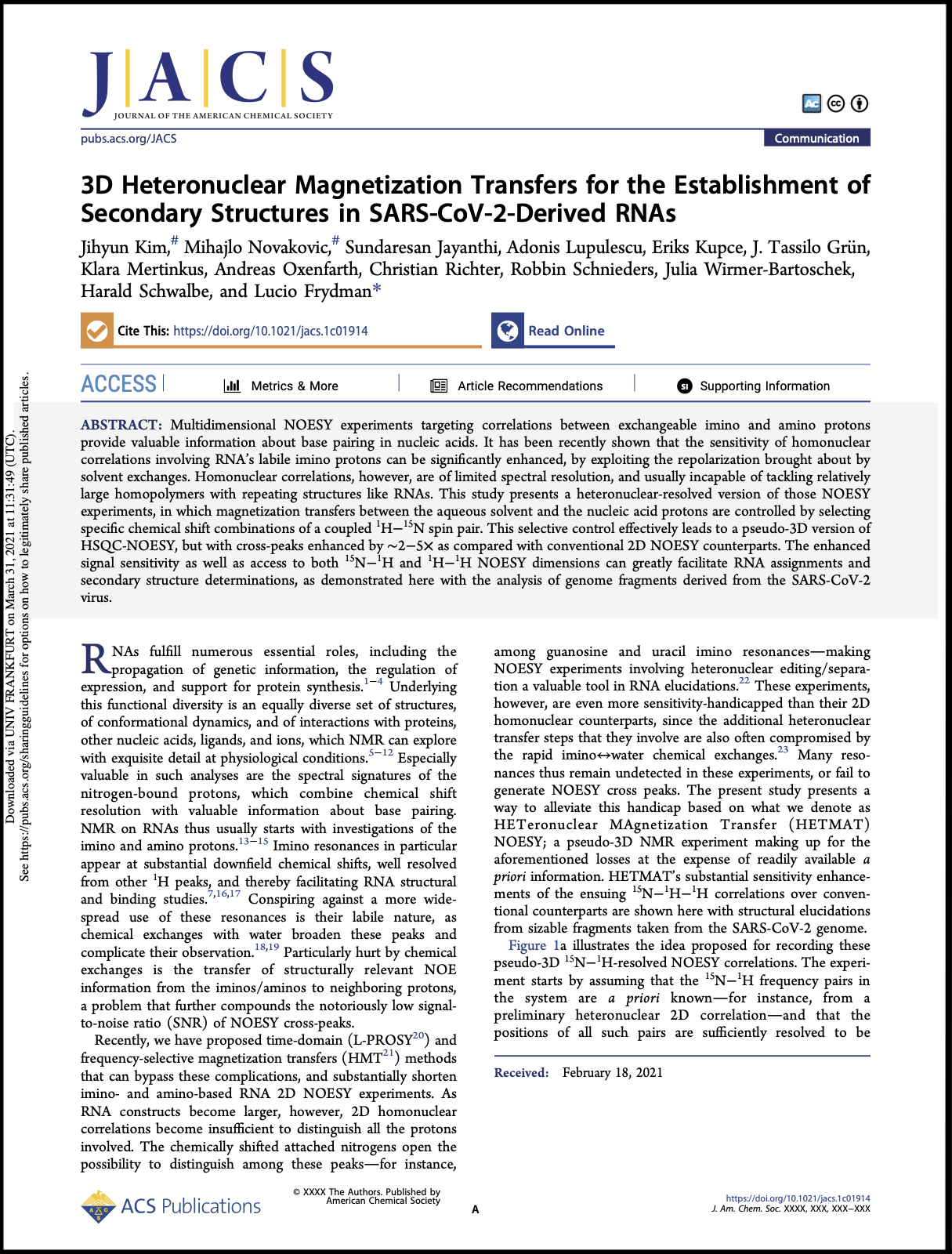 Multidimensional NOESY experiments targeting correlations between exchangeable imino and amino protons provide valuable information about base pairing in nucleic acids. It has been recently shown that the sensitivity of homonuclear correlations involving RNA’s labile imino protons can be significantly enhanced, by exploiting the repolarization brought about by solvent exchanges. Homonuclear correlations, however, are of limited spectral resolution, and usually incapable of tackling relatively large homopolymers with repeating structures like RNAs. This study presents a heteronuclear-resolved version of those NOESY experiments, in which magnetization transfers between the aqueous solvent and the nucleic acid protons are controlled by selecting specific chemical shift combinations of a coupled 1H–15N spin pair. This selective control effectively leads to a pseudo-3D version of HSQC-NOESY, but with cross-peaks enhanced by ∼2–5× as compared with conventional 2D NOESY counterparts. The enhanced signal sensitivity as well as access to both 15N–1H and 1H–1H NOESY dimensions can greatly facilitate RNA assignments and secondary structure determinations, as demonstrated here with the analysis of genome fragments derived from the SARS-CoV-2 virus.